Another year comes to a close. This year had some great moments and I am going to share the releases that I favored this year. I can’t help but think of this year being a year of disappointments. I remember releases that I was very excited to hear, only to be left wondering what has happened to this band? Are bands that have released great albums in the past now just trying to fit into this current musical landscape? How would you even do that? It seems the best advice I could give a band is to find something true to you and be unwavering in delivery and purpose. As terrorists take aim on music, make it something worth fighting for. Copying Adele is not going to cut it. If you want to hear the original Adele go back and check out Alison Moyet.  It becomes harder and harder as the years go by to be original but you can always be honest and true.

At number 11 is Sound & Color by Alabama Shakes

Being completely honest this one came on the radar late.   I receive and have access to SO much music it is crazy sometimes.  With that clutter I will hear a song that I really like and think, I will need to check that album out but then you get caught back up in the clutter.  When I started to reflect back on the year in music then I remembered that I never listened to the whole album.   Now having the time to focus, I purchased Sound & Color and it was well worth the wait.  Alabama Shakes are a band that broke out with their first release.  It was cool for festival organizers to have them on their roster.  They put on a great live performance.  With this second album they could have just did a cut and paste of the last release.  Guess what? They didn’t and that’s why they are interesting and on year-end best-of lists.  I have said this many times before but music that has soul will always resonate.  Really this is why Adele sold millions of records.  Alabama Shakes will always have that soul but this time they put a new landscape to that soul music. The album is much like a well put together mix tape of different genres but still connected by the soul. There are touches of punk, funk, and electronica in this soul music.

I’m going to say something that might sound a little silly but Alabama Shakes is a great record band.  I love putting on their music and listening to it.  It takes you places and you can make up your own music videos between your ears. I don’t have to go see Alabama Shakes live in concert.  I don’t have to watch their videos.  They are not going to be selling a ton of band posters.  I know, I am not trying to offend.  I am trying to say that a band shouldn’t have to be all that.  In fact, when a band does focus on that then they often fall way short on the music.  How many bands are worrying way too much on being pretty and suck!

I am glad I got to this record late in the year that way it will remain on my radar well into 2016.

This album was a pleasant surprise.  It took 14 years to get here but boy it took me back farther than that.  Technically the release date was just before the end of 2014 but it is worth mentioning.  At first the name right away hit me and reminded me of going through my parents old record collection when I was little and seeing and album called Black Moses by Isaac Hayes.   Right away to a young person I had to check this out.  I had never been taught about a Black Moses in the weekend trips to summer bible school.  The album cover opened up and there he was.  Listening to the music was just as eye opening as the cover.

In many ways it is sad that so many of the same issues plaguing black culture then, is still alive today.  But we have music to shine a light on these issues and also get caught up in the groove.  D’Angelo is all about the groove.  He has a great band that he makes sure you know the name of.  This is an album that will be interesting enough to keep you satisfied even if it takes D’Angelo another 14 years to make a new one.

At Number 9 is Gaz Coombes with Matador

Gaz is such a cool guy.  His middle name is Michael and he is a Pisces, so we got that in common. Ladies he is letting you know right on the album cover that he has a ring on it. He also has children.  In fact, Matador includes a wonderful track called “The Girl Who Fell to Earth” a song about his autistic daughter.

Gaz was the vocalist and lead guitarist in Supergrass a phenomenal band that put out nothing but great records.  I was fortunate enough to see Supergrass live and Gaz is a perfect front man. I assume Supergrass will have a reunion at some point but as we wait Gaz Coombes is putting out very interesting solo material.  This album was also nominated for a Mercury Music Prize.

At number 8 is Meliora by Ghost

Ghost as well as most of the interesting metal made in this decade comes from Sweden.  They have a bit of a shtick in that they wear costumes.  The singer and leader is called “Papa” and his band is “Ghouls” but we all need an angle and the music is GOOD! Their music touches on dark subject matter but really it is unbelievably beautiful.  Satan is a fallen angel after all.

They were kind enough to come to Seattle and play an acoustic show at a wonderful record store.  We have to thank Ghost for helping to keep metal and record stores from the graveyard.

There’s nothing scarier than a talent show, as portrayed in this video.

At number 7 is Strangers to Ourselves by Modest Mouse

There is something very northwest about Modest Mouse.  It sounds like the rain on your Columbia Sportswear.  I travel to Portland often for business and I enjoy riding the MAX the same as this here Coyote.

Inspired by the true story of a coyote that rode Portland’s MAX light rail train in 2002.

At number 6 is Music Complete by New Order

At number 5 is My Love is Cool by Wolf Alice

Another album that was up for the Mercury Music Prize proving they have pretty good taste.  Wolf Alice is the perfect alternative band.  If you have an alternative radio station and there is no Wolf Alice on it then you are screwy.  I challenge anyone to listen to this album and not find a song they like.  It is really well done.  Their love is really cool. 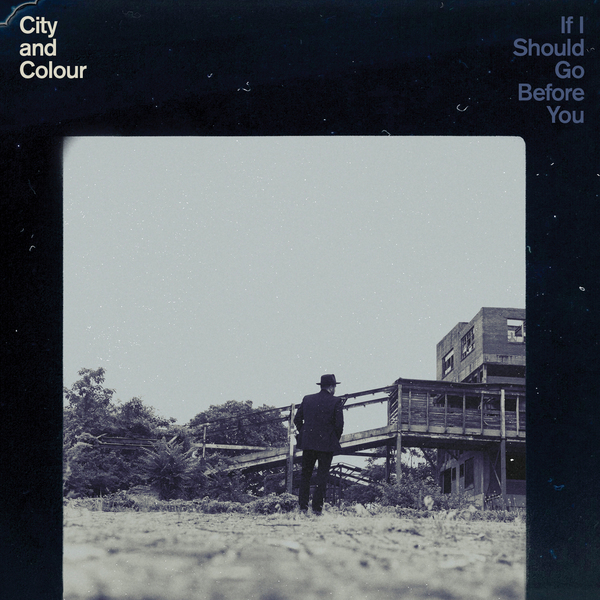 The voice. The songwriting.  The emotion that comes with that voice.  Dallas Green has pulled off another masterpiece.  Starting off the album with the 9 minute “Woman” Oh that’s good.   It is a great journey all the way through. God has truly blessed you Dallas Green. You represent your moody home country very well.

I don’t think there is any other artist in history that has the resume that Paul has and with so many different genres.  He is a living legend. This time around he arouses our senses with psychedelic rock.  He shows no sign of slowing down.   You can read more on Paul here

At number 2 is What Went Down by Foals 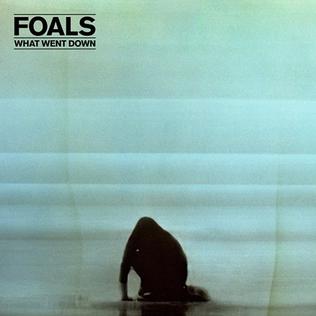 I knew right on first listen that this would be a top 10 entry for the year. After many many listens it has ended up at number 2. Foals have been putting out interesting releases for years. Hitting on math rock and brit pop. What Went Down is the leap we all knew they could make but even better than I imagined. From the videos I have seen on the internet it appears they are one hell of a great live band as well. I hope they tour the Northwest portion of the US so I get the pleasure of seeing them.

At number 1 for the year 2015 is the chief, Mr. Noel Gallagher and the High Flying Birds with Chasing Yesterday.

Noel is brilliant and he will be the first to tell you that.  He still writes tunes that are so catchy.  He makes you raise your fist in the air.  His advice to other bands is “Write a fookin Chorus” which is perfect.

The album starts off with “Riverman” what a beautiful addition of sax and ventures into Pink Floyd area.  The addition of female vocals on four of the tracks is a nice move.  I approve of his love of U2 but I frown on his attraction to Coldplay.   But just like if Noel was my brother, I can overlook the things that irritate me about him and just love him.  That’s what brothers do.

If you like my blog and have access to programming and would like to do a radio/internet show together, please contact me. spoolgoinground@yahoo.com My name is Mike. I am an on-air radio DJ. I fell in love with radio in Chicago and then took that passion to someplace where I could actually get on the air. My travels took me to Seattle, WA, Eugene and Portland, OR and Washington D.C., where I was able to have my own morning show. I've had crab cakes with Warren Zevon, sat backstage and interviewed Sting, had Melissa Etheridge sing to me from the front row and I loved every minute of it. That passion for music still burns strong in me and I love to talk music and be turned on to music. Sharing new music with people is what got me interested in radio in the first place. It is wonderful to be able to talk music with you. "Go ahead you're on the air..." Read more: http://www.chicagonow.com/blogs/spool-going-round/about-spool-going-round.html#ixzz1Bfx7V0ug
View all posts by Spool Going Round →
This entry was posted in Music and tagged Spool Going Round's favorite albums of 2015. Bookmark the permalink.