Hipster Bands Bring The Dead Back To Life

Talked about for years, an album of Grateful Dead covers by some of today’s hottest Hipster bands would be some day be released.  There is now a release date of May 20th and some song samples to share.  5 -CD’s for only $29.99 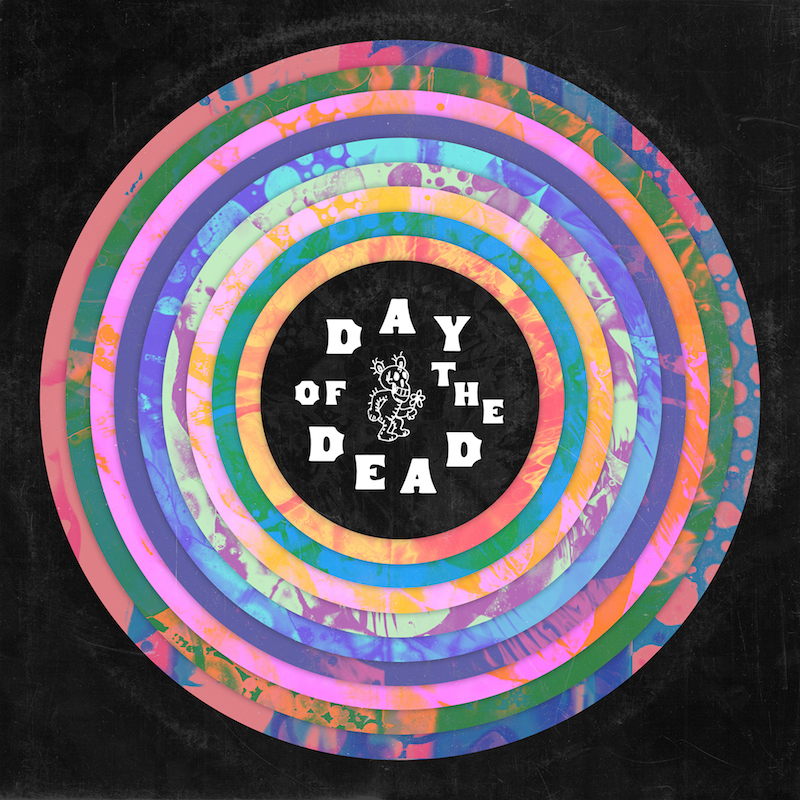 This has been an act of passion by the band The National.  They found many other like-minded bands and have put a collection together like no other for a cause.  I also became passionate about this band of misfits, The Grateful Dead.   I had just come out of the 80’s, enjoying life to the fullest with non-stop parties and good times.  Then we hit a very dark period in music, the 1990’s.   During this period of time I decided not to take my own life like so many of the artist of that day were doing but instead got caught up in a traveling group of music-loving, life-loving gypsies.   The deadheads brought me in and what a long strange trip it has been.   I saw many Grateful Dead concerts, Jerry Garcia Band shows, then A.J. (after Jerry), attended shows by Furthur,  The Dead, Phil Lesh and Bob Weir’s Ratdog.  Many of these wonderful songs have been reinterpreted by a wide range of artist on this new benefit compilation.

“Morning Dew” by The National

Day of the Dead was created and curated by brothers Aaron and Bryce Dessner of The National.  The compilation is a wide-ranging tribute to the songwriting and experimentalism of the Dead which took four years to record, features over 60 artists from varied musical backgrounds, 59 tracks and is almost 6 hours long.

Day of the Dead will be released digitally, on a 5 X CD, and as a limited edition vinyl boxed set.

All profits will help fight for AIDS/ HIV and related health issues around the world through the Red Hot Organization, a 501(c)3. This is the 20th album of original music produced by Red Hot to further its mission. Day of the Dead is the follow up to 2009’s Dark Was The Night(4AD), a 32-track, multi-artist compilation also produced by Aaron and Bryce for Red Hot. Dark Was The Night has raised over $1.5 million for the organizations fighting AIDS to date.

Some highlights from the tracklist are:

Here is The War on Drugs doing “Touch of Gray”

If you like my blog and have access to programming and would like to do a radio/internet show together, please contact me. spoolgoinground@yahoo.com My name is Mike. I am an on-air radio DJ. I fell in love with radio in Chicago and then took that passion to someplace where I could actually get on the air. My travels took me to Seattle, WA, Eugene and Portland, OR and Washington D.C., where I was able to have my own morning show. I've had crab cakes with Warren Zevon, sat backstage and interviewed Sting, had Melissa Etheridge sing to me from the front row and I loved every minute of it. That passion for music still burns strong in me and I love to talk music and be turned on to music. Sharing new music with people is what got me interested in radio in the first place. It is wonderful to be able to talk music with you. "Go ahead you're on the air..." Read more: http://www.chicagonow.com/blogs/spool-going-round/about-spool-going-round.html#ixzz1Bfx7V0ug
View all posts by Spool Going Round →
This entry was posted in Music and tagged Gratefuld Dead, Spool Going Round, The National, War on Drugs. Bookmark the permalink.