Top 10 Sexiest Album Covers of All Time at #8

Posted on September 5, 2016 by Spool Going Round

It’s about time that Spool Going Round delves into another Top 10 list.  You may remember other highly viewed Top 10 lists by this blog, such as;  Top 10 Live performances from David Letterman, or Top 10 Bands that need to Reunite, or Top 10 Best music moments in Movies. You can click on the links to revisit.

This time around it is the sex sells edition.  Yes, I am a healthy male that thinks the woman’s body is a beautiful work of art.  So with that in mind you will not be seeing the album cover for Hand in Glove by the Smiths. When I thought up this post it was based on a couple album covers and the idea grew from there.  Then I thought I would wax eloquent on each album cover but once I started to put those words down I realized what’s up with this pervert?

Instead I think I will just post the album cover and let you add your own thoughts and memories.   After all some of these albums came out when we were young and discovering what we thought was sexy or not.  I think as an American I was raised like so many of us as being sexually conservative and not encouraged to think sexually, as this was bad.  I eventually figured it out. 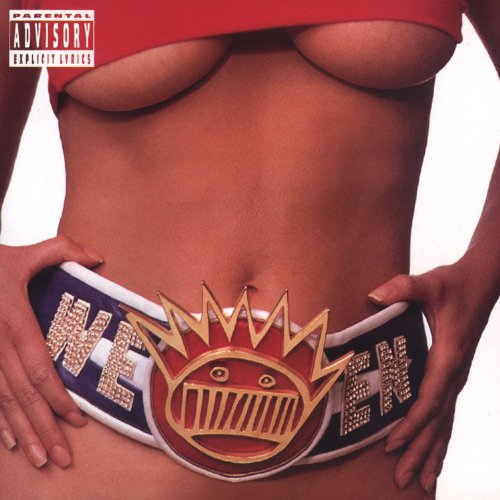 Enjoy and come back to see the next cover.

If you like my blog and have access to programming and would like to do a radio/internet show together, please contact me. spoolgoinground@yahoo.com My name is Mike. I am an on-air radio DJ. I fell in love with radio in Chicago and then took that passion to someplace where I could actually get on the air. My travels took me to Seattle, WA, Eugene and Portland, OR and Washington D.C., where I was able to have my own morning show. I've had crab cakes with Warren Zevon, sat backstage and interviewed Sting, had Melissa Etheridge sing to me from the front row and I loved every minute of it. That passion for music still burns strong in me and I love to talk music and be turned on to music. Sharing new music with people is what got me interested in radio in the first place. It is wonderful to be able to talk music with you. "Go ahead you're on the air..." Read more: http://www.chicagonow.com/blogs/spool-going-round/about-spool-going-round.html#ixzz1Bfx7V0ug
View all posts by Spool Going Round →
This entry was posted in Music and tagged Spool Going Round, Top Sexiest Album Covers of all time. Bookmark the permalink.